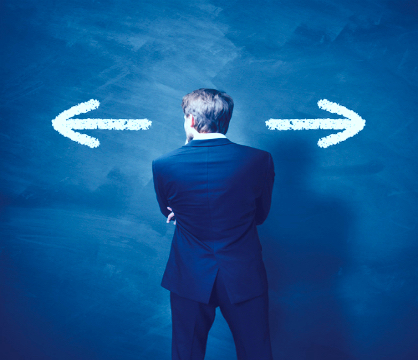 Editor’s note: This week the Pope Center addresses a controversial issue that has arisen at dozens of American colleges and universities—whether outside funding for free market programs and centers undermines academic integrity. In recent years, as organizations such as the Charles Koch Foundation have provided that funding, a variety of arguments have been made that schools should reject the money and the programs.

Today, Hillsdale College economics professor Gary Wolfram argues the opposite—that wherever the funding comes from, the expansion of free market teaching is to the good. In Part I of this debate—available here—Ralph Wilson of unKochMyCampus argues that universities should reject outside funding for free market centers. Each advocate will be asked to respond to the case made by the other in the comments.

It has been suggested that the expansion of free market think tanks on our college campuses is educationally harmful. Actually, it is just the opposite. Expanding competition in the battle of ideas is how we keep an informed and active society.

In 1927, at the height of the “Roaring Twenties,” Ludwig von Mises insightfully wrote in his book, Liberalism in The Classical Tradition: “Whoever does not deliberately close his eyes to the facts must recognize everywhere the signs of an approaching catastrophe in the world economy. Antiliberalism is heading toward a general collapse of civilization”

Notice he did not say that the impending Great Depression would be caused by improper monetary policy, or lack of aggregate demand. Rather it was the movement from a political philosophy of limited government and the reliance on markets to create wealth for the masses, that is, liberalism, to a movement of central planning that would cause the economic collapse. He went on to effectively predict that the political philosophy of fascism, based on central planning, would lead to World War II. Of course, eight years later Mussolini invaded Ethiopia and we know the end result.

It is thus very important that there be a debate about the proper role of government and how we organize ourselves in the economic sphere. There should be at least two sides to such a debate. The Founders were well aware of this. The Federalist Papers and Thomas Paine’s pamphlets, such as “Common Sense,” as well as the Anti-Federalist Papers, are examples of attempts to influence the social order through an exchange of ideas.

The Bill of Rights of the Constitution contains many rights that are there to ensure a free debate of ideas. These include freedom of the press, the right to peaceably assembly, and the right to associate with whomever we choose.

The funding of think tanks on college campuses, in particular centers of thought that lay out the principles of the limitations on our government and explain why the market system has led to human flourishing, certainly follows in this tradition. Indeed, the fact that there is a perceived need to provide such analysis to college students, a need great enough to cause individuals such as the Koch brothers to donate hundreds of millions of dollars of their money to do so, should be an indication that these ideas are not being presented in our current higher education system.

We should indeed not be surprised that colleges like Hillsdale, whose trademark is Pursuing Truth, Defending Liberty since 1844, are few and far between. Public colleges and universities are in fact government colleges and universities. This is simply due to the manner in which they are funded and operated. I was on the Board of Trustees of a public university in the state of Michigan for nine years. I was appointed to the position by a Republican governor. My appointment was not renewed when the new governor was a Democrat. No one was surprised. These positions are government appointments.

The government-appointed or elected boards of public colleges and universities have oversight of the institution. They hire and fire the president of the institution. They set the budget, and while not having direct control over the curriculum, can certainly influence its direction. A significant portion of our university budget came from state and federal tax dollars. Some of these dollars were an appropriation from the state, some were grants from the federal government to pay for research by our faculty, and some were tax dollars that subsidized the tuition of our students.

While it is possible that government educational institutions would provide an education where students would learn that the proper role of government is limited and that market forces rather than government intervention will be the answer to solving today’s difficulties, and that these difficulties are often the unintended consequences of government actions, this is somewhat unlikely. Such discussion might sow the belief that we are not better served by a system of a large government run by experts.

Frederic Bastiat, writing in 1850 in his book The Law, discussed at length the beliefs of those who are socialists. They believe that they know more than the average citizen about what is good for mankind. As such, they should be given the power to direct the citizenry, which is incapable of knowing what is best for them. Who are these experts that will be in charge of the direction of society? Certainly college professors would have their share.

Is it not interesting that according to the UCLA Higher Education Research Center’s 2014 survey, 60 percent of full-time faculty consider themselves liberal or far left, which is five times the percentage of those who consider themselves as conservative or far right, and that this gap has widened significantly since 1990? Would we be surprised to know that a primary constituency of Bernie Sanders, the proclaimed socialist would-be Democratic nominee for president, were college students?

Given this situation it is to the credit of the Koch brothers and others that they are willing to fund with their own money centers to teach on our campuses what Mises called classical liberalism. Why in the world should we be afraid of competitors in the marketplace of ideas? Should we shut down the Hoover Institute at Stanford because one of its scholars, Walter Williams, writes and teaches about the virtues of the market?

It is necessary for a free society for students to be exposed to the philosophy of classical liberalism in our colleges and universities. Nobel Laureate Friedrich Hayek, in his 1949 paper “The Intellectuals and Socialism,” speculated that “once freedom has been achieved it is taken for granted and ceases to be valued, and that the free growth of ideas which is the essence of a free society will bring about the destruction of the foundations on which it depends.”

We should be thankful that the private sector is keeping the ideal of freedom alive on our college campuses.